posted on 2014-03-18 18:00 EDT by Bamboo Dong
Bike shops in Japan are seeing a rise in the number of women interested in checking out cycling, thanks in large part to the popularity of the cycling manga and anime series Yowamushi Pedal. Sales have spiked especially for shops located near the so-called Otome Road in Tokyo's Ikebukuro district, a street so nicknamed for its high number of shops specializing in "otome-kei"—anime anddoujinshi targeted towards women. Since the show's premiere last October, the number of female customers aged 20-30 frequenting bicycle shops in the area have doubled, ranging from beginners to seasoned cycling enthusiasts. While some are heading straight for the ultra-expensive pro-level models, the average purchase price has been around ¥100,000, or $985. 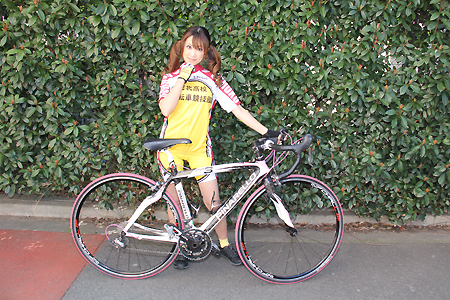 Likewise, interest in specific bicycle manufacturers has grown as well, corresponding to the bikes ridden by some of the series' characters. Japanese representatives for Pinarello, an Italian bike manufacturer and the preferred ride of character Naruko Shoukichi, have noted an increase in the number of interested female buyers. 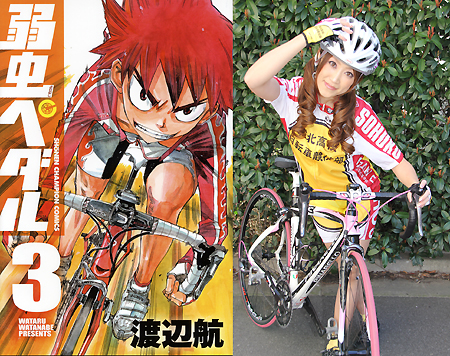 Meanwhile, JP Sports Groups, the official Japanese distributor for Ridley bicycles, has used images of character Toudou Jinpachi alongside his Ridley on its website and in its print catalog. 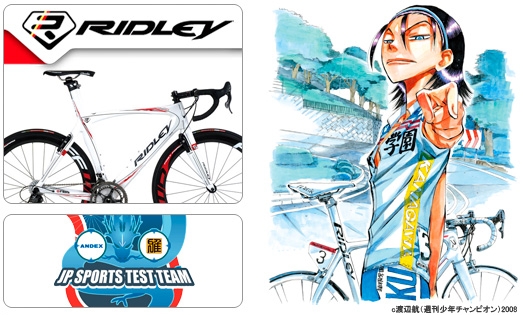 The popularity of Yowamushi Pedal has even extended onto the stage with a play, which premiered March 13 at Tokyo's Galaxy Theater.
Clique para ampliar...