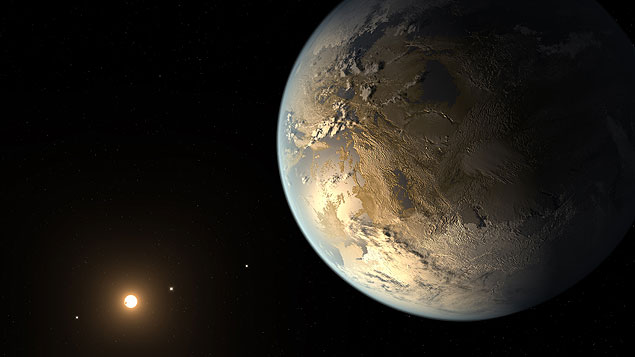 Science: An Earth-Sized Planet in the Habitable Zone of a Cool Star

His name was Robert Paulson 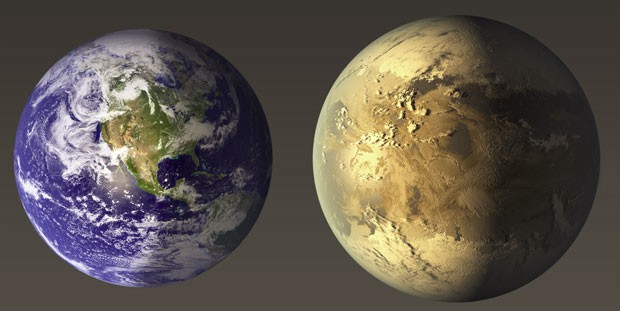 His name was Robert Paulson

Earth-Likenesses: Have We Discovered Earth 2.0?

Astronomers have announced the groundbreaking discovery of an Earth-sized exoplanet, called Kepler-186f, orbiting a star within its habitable zone. Although this is an exciting finding — and a historic one at that — calling this world “Earth-like” is a little premature.

In fact, Kepler-186f could be completely alien.

In 2011, Discovery News ran a series of articles predicting what scientific breakthroughs were most likely to occur in 2012. In my article “Big Question for 2012: Will We Find Earth 2.0?,” I speculated that, some time in 2012, NASA’s Kepler space telescope would have had enough time to have detected its first bona fide Earth-sized exoplanet orbiting a sun-like star within the habitable zone — the region surrounding a star where water, on a rocky planetary surface, could exist in a liquid state. On Earth, where there's liquid water, there's life, so the quest to find liquid water on another world is key to our quest to find life elsewhere in the Universe.

Alas, although Kepler did indeed have enough time to gather orbital data for many small worlds with Earth-like dimensions around their host stars, that announcement didn’t come in 2012 (or in 2013) — although there were many near-misses.

Today, a little over two years later, exoplanetary science has caught up with the world’s expectations and finally produced a world that, from 500 light-years distant, appears to be a ripe “Earth 2.0″ candidate.

“Previously, the exoplanet most like Earth was Kepler-62f, but Kepler-186f is significantly smaller,” David Charbonneau, with the Harvard-Smithsonian Center for Astrophysics, told Discovery News’ Irene Klotz. “Now we can point to a star and say, ‘There lies an Earth-like planet.’”

Why is Kepler-186f so Special?

During its primary mission, Kepler had a fixed stare on one tiny portion of the sky in the direction of the constellation Cygnus, carefully watching the brightness of 150,000 sun-like stars. Should an exoplanet drift in front of one of those stars, Kepler’s sensitive optics registered it as a very slight dip in brightness, an event known as a “transit.” As these exoplanetary candidates continued to orbit their host stars, Kepler registered more and more transits, leaving astronomers in little doubt that the signal is indeed an orbiting exoplanet and not some other transient dark feature like a “starspot.”

With followup observations by ground-based telescopes, these exoplanetary candidates could then be confirmed and added to the growing tally of confirmed small worlds orbiting other stars. There is little doubt that we are in a “Golden Age” of exoplanetary studies.

To find another planet with all the orbital and physical qualities of Earth, however, is a tall order. The sheer technological precision needed to make these detections is mindboggling, but as Kepler is proving, it is absolutely possible to detect worlds smaller than Earth in orbit around stars hundreds of light-years away.

And Kepler-186f has all the attributes that makes us believe that it is a world not so dissimilar to Earth: it orbits a sun-like star (well, the star Kepler-186 is a little smaller and redder than the sun), is approximately the same physical size as our planet (just 10 percent bigger) and has an orbit of 130-days, putting it right on the outside edge of its star’s habitable zone. But it takes more than a planet’s orbit and size to make it truly “Earth-like.”

As you may have noticed by the vivid artistic renderings of Kepler-186f accompanying today’s announcement, the perceived life-giving potential of Kepler-186f is obvious. The view is from the planet’s surface, looking up at its host star with other planets in the multi-planetary system in tow. On the planet’s surface is an ocean lined with tree-like vegetation. There’s another rendering (pictured top) of a blue world with a thick atmosphere and white fluffy clouds.

The message is clear: ‘This is just like Earth; it’s a planet in another part of the galaxy capable of supporting life as we know it.’

But just as our solar system is a great example of possessing a life-giving world orbiting inside its habitable zone (Earth), there’s two other examples of biologically ‘dead’ planets that orbit inside the sun’s habitable zone: Venus and Mars.

Although we are currently on a quest to work out whether Mars has ever had the potential to support basic forms of life, it’s pretty clear from studies of the Red Planet’s thin atmosphere and radiation-drenched surface that it is not particularly cozy for life. As for Venus (which, coincidentally, is almost the same physical size as Earth), it has an acidic atmosphere that is undergoing a crazy greenhouse effect that literally destroys water molecules. Neither of these “habitable zone” examples are, well, particularly habitable for life as we know it.

So how do we know that Kepler-186f has white fluffy clouds and pine tree-lined coastlines? Hint:We don’t.

We currently have no means to study this fascinating world’s atmosphere, let alone understand whether it has life-giving potential.

“Being in the habitable zone does not mean we know this planet is habitable,” cautions Thomas Barclay, research scientist at the Bay Area Environmental Research Institute at NASA Ames, in a NASA news release. “The temperature on the planet is strongly dependent on what kind of atmosphere the planet has.

“Kepler-186f can be thought of as an Earth-cousin rather than an Earth-twin. It has many properties that resemble Earth.”

In the future, space telescopes are planned to directly image worlds orbiting other stars, potentially measuring high-resolution spectra of atmospheric compositions. Until then, we won’t know whether Kepler-186f is a barren Mars-like world or a choked Venus-like world. Perhaps it’s a completely alien place that cannot even be compered with any other solar system example.

These concerns over the “Earth-like” moniker to one side, the fact that we are even able to have a clue about an alien planet’s life giving potential is profound. Kepler-186f has just become the poster child for interstellar studies and a prime astronomical target for future observing campaigns — it will also likely be mainstream press headline fodder for some time to come. For now, it’s best to take the term “Earth-like” in the spirit and excitement that it inspires — even though it may not be scientifically accurate.

So, for me, for now, Kepler-186f is “Earth-like” enough — it just carries some huge caveats.