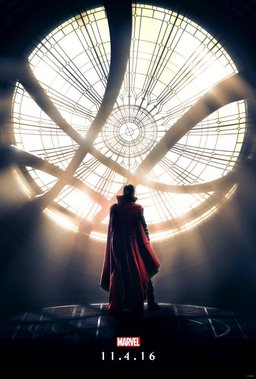 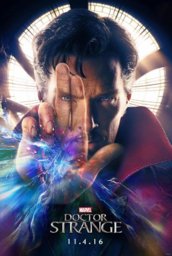 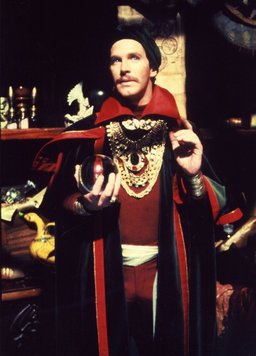 Beating the soul out of you. 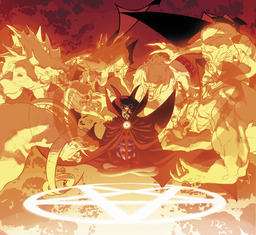 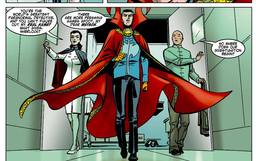 All the Secrets We Divined From the Doctor Strange Trailer
Katharine Trendacosta
Yesterday 1:44pm

We got our first look at Doctor Strange last night, and while it certainly introduced the title character, every other bit of plot was well-hidden. So we put on our magician’s hat and searched it out for you.

It’s not the most exciting or original opening shot in trailer history, but we’re getting a heavy focus on how a car accident changed Stephen Strange’s (Benedict Cumberbatch) life in this one.

Here’s our first actual look at Strange, and it’s framed so it’s hands first. It takes the trailer some time to actually explain why they’ve focused so much on his hands, but the thing newcomers need to know is that “Doctor” Strange isn’t a weird affectation, he’s an actual doctor. A promising one whose career is ruined by a car accident.

This car accident, which does look quite bad. The voiceover here says, “Stephen Strange. Might I offer you some advice? Forget everything you think you know.”

You can tell that the accident left him adrift, because Strange does the requisite “grow beard, wear awful clothes, and travel East” thing. It’s not really Tibet, as it was (poorly) done in the original comics. Marvel President Kevin Feige has said it’s just generically “Eastern mysticism” that Strange has searched out.

Hands, again. Ruined, useless, hands. Voiceover, this time from the Ancient One (Tilda Swinton): “You’re a man looking at the world through a keyhole.”

And here’s our first look at Cumberbatch’s face in this trailer. The distinctive Strange beard is looking pretty ratty at this particular point in time.

A flashback to the aftermath of the car accident and the only glimpse of Rachel McAdams’ still-unnamed character in the trailer. Rumors have her playing Linda Carter, AKA Night Nurse, which is a character with a history with Strange. However, if sheis playing Carter, this version is a surgeon who has been described as a “lynchpin” to Strange’s pre-accident, pre-magic life. She could also be Clea, who eventually marries Strange.

Here’s how the mighty have fallen, in case you were wondering. It’s interesting to note that the facial hair goes from none, to ratty, to—presumably—neatly trimmed. That’s the evolution of the character in obvious cue. The voiceover from the Ancient One continues, “You’ve spent your life trying to widen it. Your work saved the life of thousands.”

And here, 40 seconds into the two-minute trailer, we finally get an explanation for why we’ve seen his hands so much. Another before and after shot, this time of the steady neurosurgeon being replaced by a trembling mess.

“What if I told you that reality is one of many?” Strange after the car accident. Just drink every time a shot focuses on his hands, this’ll go faster.

`
A huge theme of this trailer is the before and after transition of Strange’s life. So a grey to gold, and we’re out of New York (for now).

Here’s where we hear Cumberbatch’s voice for the first time, “I don’t believe in fairy tales about chakras, or energy, or the power of belief,” he says, in a credible (if very Hugh-Laurie-as-House-like) American accent. This shot is also our first time glimpse of Baron Mordo (Chiwetel Ejiofor). In a confusing bit, Mordo isn’t a straight-up villain in the movie like he is in the comics. He’s supposedly morally very grey, but has a camaraderie with Strange. Which makes sense, since set photos seem to have them on the same side, at least for part of the movie.

The trailer is cut to make it look like Strange is following Mordo, but it’s daytime here and nighttime in the earlier shot.

Ancient One again, “You wonder what I see in your future? Possibility.”

This symbol isn’t the famed Seal of Vishanti from the comics—that we’ll see later. Instead, there are seams that make this look like it opens, and the circlular thing in the center of the squares looks like it might be the Eye of Agamotto, the powerful amulet Strange wears once he becomes Sorcerer Supreme: 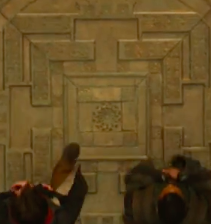 It’s the smaller circles around the larger one that say “Agamotto” to us.

Our first look at the Ancient One and, as promised, Swinton’s playing a very androgynous look for the character.

Not that how you look matters when you can punch a guy’s soul out of his body.

This is generic “what has happened to me” look, but once again, hands.

Like Rachel McAdams, Mads Mikkelsen’s character name has been kept under wraps. He does appear to be the film’s major villain, who is rumored to beDormammu. What we do know is that he breaks away from the Ancient One to form his own sect. His first appearance in the trailer also gives us our first real mindbending look at what might be how this movie conveys other realms. Strange voiceovers, “Why are you doing this?”

Note that this comes from later on in his training, since Strange on the mountain is now wearing a robe in grey, with white underclothes, much like the Ancient One. And not his horrible travel clothing.

Another quick look at Mikkelsen, whose floor is going very Escher-like. Note that there’s something going on with both his and his lackeys’ eyes.

We got a close-up look at them in some set photos, where it looks like the skin is breaking away to reveal something colorful underneath. Which does back uprumors that he’s Dormammu leading the Mindless Ones, who are supposedly appearing in this film as regular people, but made of stone and cut into tiny layers. The eye thing could be hinting at that.

Here’s the only look at Mordo’s face in this trailer, and, is that Strange running after him? Voiceover Ancient One has said, “There are other ways to save lives” by this point.

“So much you don’t know,” she continues. Before mind punting him out of the room.

To where New York gets its Inception on. I wish everything were even more out there; this is a story about a guy becoming “Sorcerer Supreme” after all.

And Strange hilariously crashes back through the ceiling. It’s pretty much the only light moment in the whole trailer.

And here’s the only scene where we actually see dialogue spoken in the whole trailer, and it’s Strange begging, “Teach me.”

And then it’s a cut to the after-shot of Strange in full red-cape mode. Presumably from much later in the film.

We know from concept art that this is him in his infamous Sanctum Sanctorum back home in New York. Note the symbol of Vishanti (which are the magical beings who grant magical powers in the comics universe) on the window.

The two-minute trailer is remarkable in that we see a lot of things, but noactual plot information is revealed. Everything is stuff we know has to happen: the car crash, the ruined surgical career, and then the requisite recruitment and training by the Ancient One. What Mikkelsen’s character’s name and plan is remain secret. In fact, no one who isn’t Cumberbatch or Swinton get more than a few seconds of screen time.

Which makes sense, since they were still filming a week and a half ago. This is what was ready to go, and it’s all the early bits. More action is certainly to come. 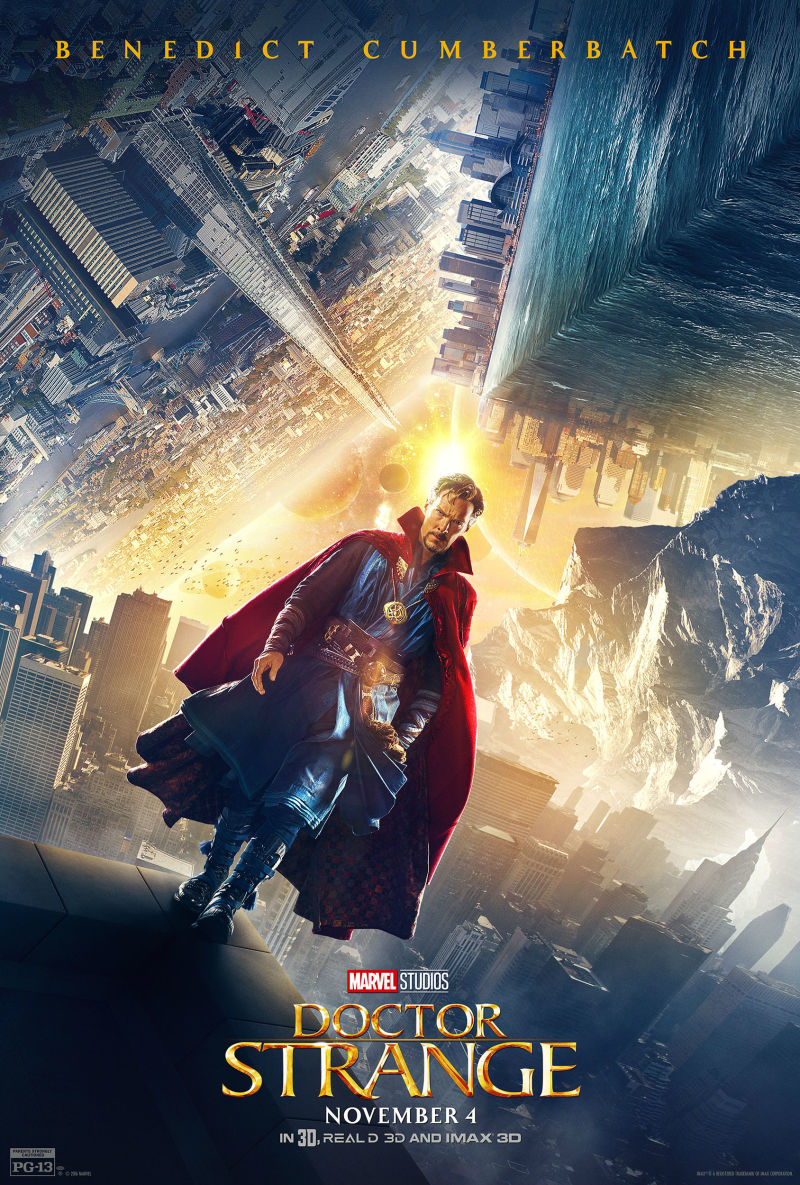 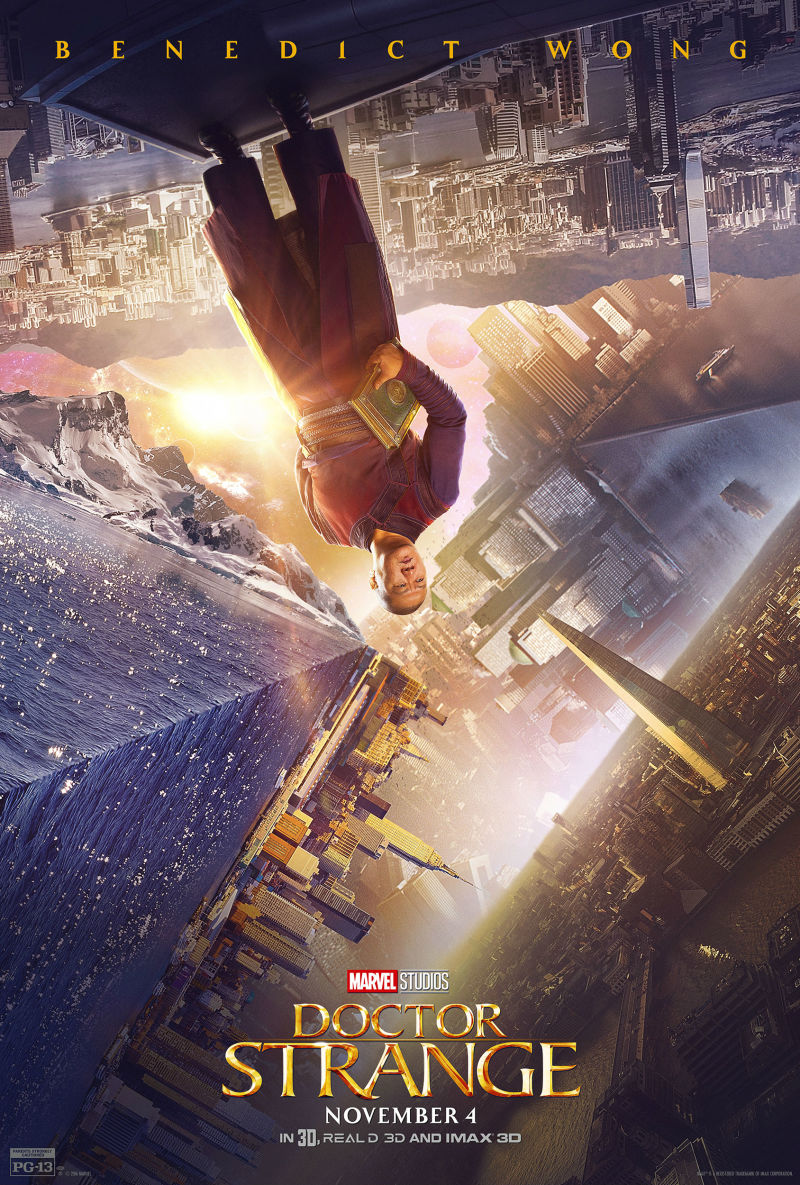 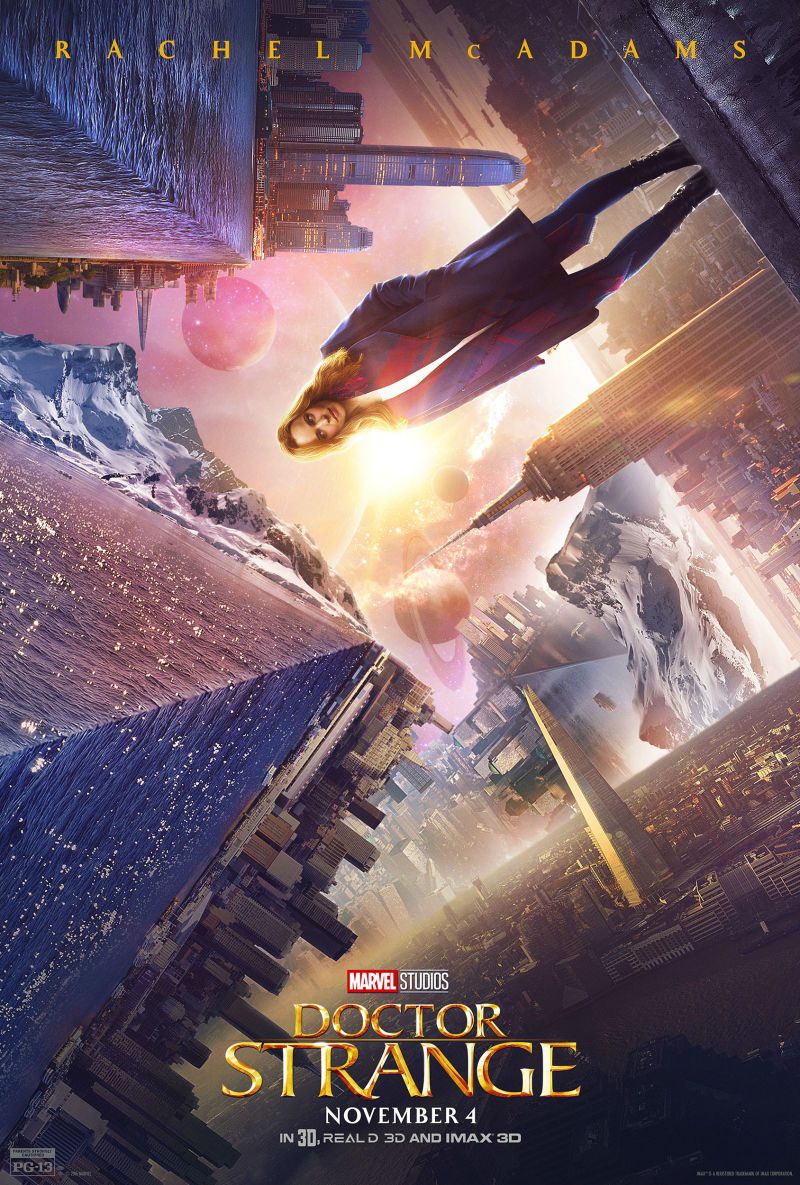 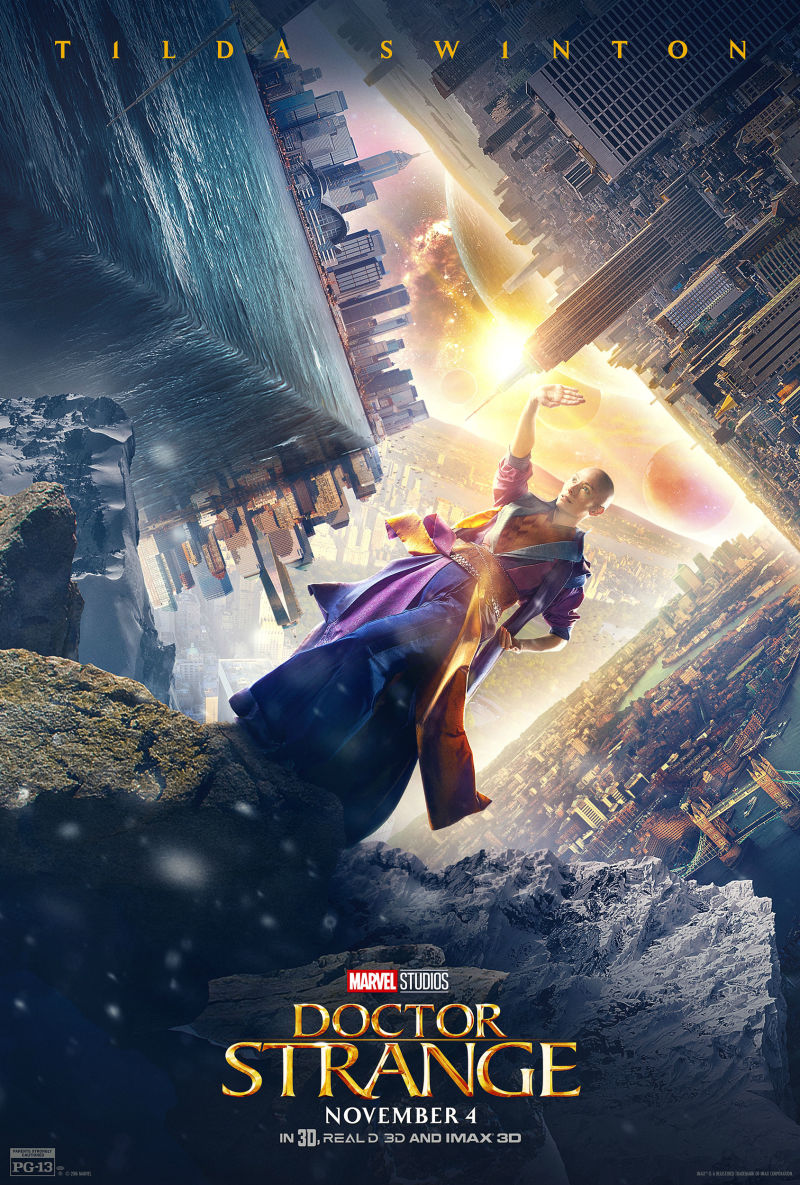 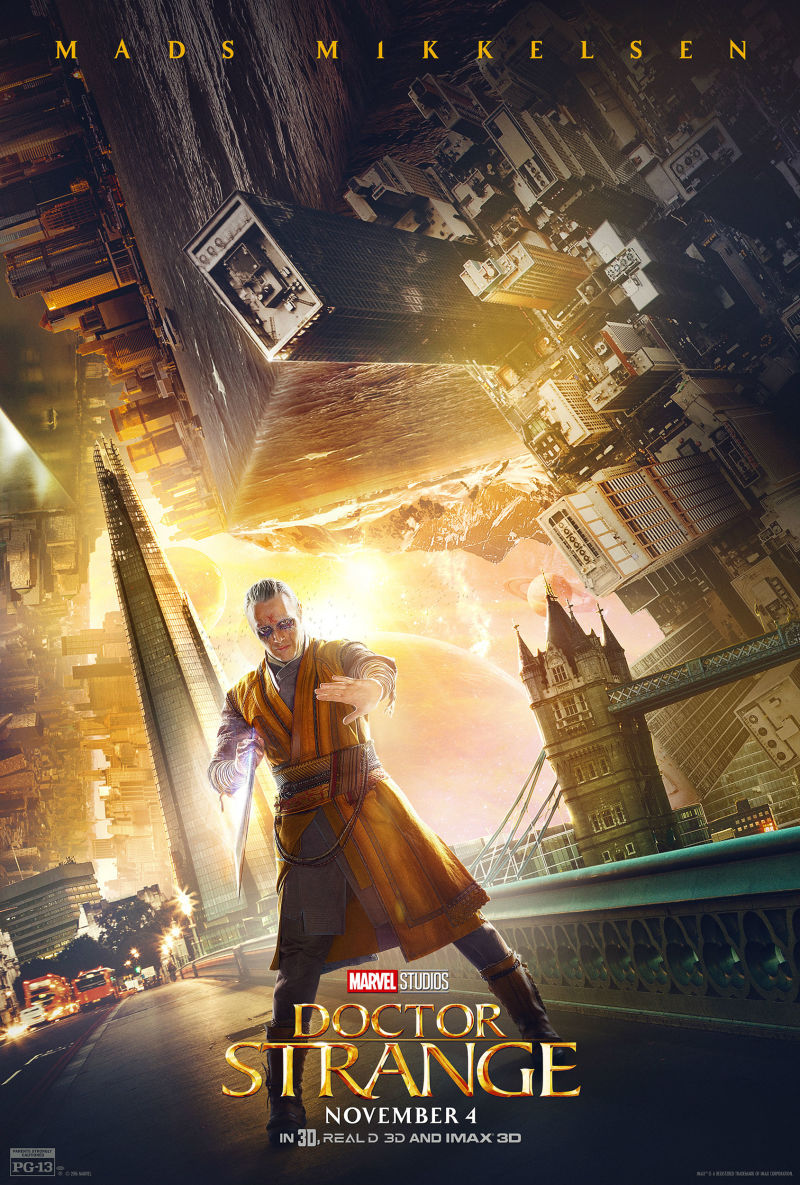 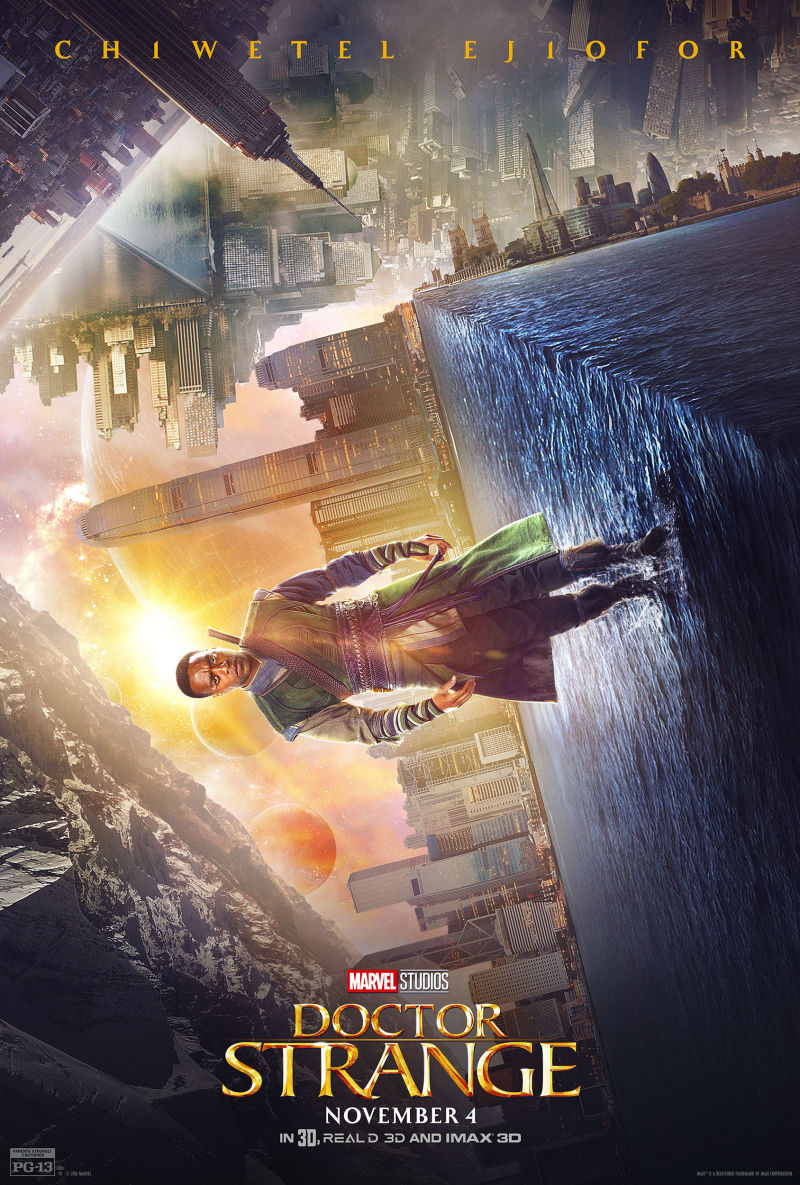 I am fire and air.