The feisty writer, editor and publisher was responsible for such iconic characters as Spider-Man, X-Men, Thor, Iron Man, Black Panther and The Fantastic Four — 'nuff said.

Stan Lee, the legendary writer, editor and publisher of Marvel Comics whose fantabulous but flawed creations made him a real-life superhero to comic-book lovers everywhere, has died. He was 95.

Lee, who began in the business in 1939 and created or co-created Black Panther, Spider-Man, X-Men, The Mighty Thor, Iron Man, The Fantastic Four, The Incredible Hulk, Daredevil, Ant-Man and other characters, died early Monday morning at Cedars-Sinai Medical Center in Los Angeles, a source told The Hollywood Reporter.

Lee's final few years were tumultuous. After Joan, his wife of 69 years, died in July 2017, he sued executives at POW! Entertainment — a company he founded in 2001 to develop film, TV and video game properties — for $1 billion for fraud, then abruptly dropped the suit weeks later.

He also sued his ex-business manager and filed for a restraining order against a man who had been handling his affairs. (Lee's estate was estimated to be worth as much as $70 million.) And in June 2018, it was revealed that the Los Angeles Police Department had been investigating reports of elder abuse against him.

On his own and through his work with frequent artist-writer collaborators Jack Kirby, Steve Ditko and others, Lee catapulted Marvel from a tiny venture into the world's No. 1 publisher of comic books and later a multimedia giant.

In 2009, the Walt Disney Co. bought Marvel Entertainment for $4 billion, and most of the top-grossing superhero films of all time — led by The Avengers' $1.52 billion worldwide take in 2012 — featured Marvel characters.

"I used to think what I did was not very important," he told the Chicago Tribune in April 2014. "People are building bridges and engaging in medical research, and here I was doing stories about fictional people who do extraordinary, crazy things and wear costumes. But I suppose I have come to realize that entertainment is not easily dismissed."

Lee's fame and influence as the face and figurehead of Marvel, even in his nonagenarian years, remained considerable.

Beginning in the 1960s, the irrepressible and feisty Lee punched up his Marvel superheroes with personality, not just power. Until then, comic-book headliners like those of DC Comics were square and well-adjusted, but his heroes had human foibles and hang-ups; Peter Parker/Spider-Man, for example, fretted about his dandruff and was confused about dating. The evildoers were a mess of psychological complexity.

"His stories taught me that even superheroes like Spider-Man and The Incredible Hulk have ego deficiencies and girl problems and do not live in their macho fantasies 24 hours a day," Gene Simmons of Kiss said in a 1979 interview. "Through the honesty of guys like Spider-Man, I learned about the shades of gray in human nature."

(Kiss made it to the Marvel pages, and Lee had Simmons bleed into a vat of ink so the publisher could say those issues were printed with his blood.)

The Manhattan-born Lee wrote, art-directed and edited most of Marvel's series and newspaper strips. He also penned a monthly comics' column, “Stan's Soapbox,” signing off with his signature phrase, “Excelsior!”

His way of doing things at Marvel was to brainstorm a story with an artist, then write a synopsis. After the artist drew the story panels, Lee filled in the word balloons and captions. The process became known as “The Marvel Method.”

Lee collaborated with artist-writer Kirby on The Fantastic Four, Hulk, Iron Man, Thor, Silver Surfer and X-Men. With artist-writer Ditko, he created Spider-Man and the surgeon Doctor Strange and with artist Bill Everett came up with the blind superhero Daredevil.

Such collaborations sometimes led to credit disputes: Lee and Ditko reportedly engaged in bitter fights, and both receive writing credit on the Spider-Man movies and TV shows. "I don't want anyone to think I treated Kirby or Ditko unfairly," he told Playboy magazine in April 2014. "I think we had a wonderful relationship. Their talent was incredible. But the things they wanted weren't in my power to give them."

Like any Marvel employee, Lee had no rights to the characters he helped create and received no royalties.

In the 1970s, Lee importantly helped push the boundaries on censorship in comics, delving into serious and topical subject matter in a medium that had become mindless, kid-friendly entertainment.

In 1954, the publication of psychologist Frederic Wertham's book Seduction of the Innocent had spurred calls for the government to regulate violence, sex, drug use, questioning of public authority figures, etc. in the comics as a way to curtail "juvenile delinquency."

Wary publishers headed that off by forming the Comics Code Authority, a self-censoring body that while avoiding the heavy hand of Washington still wound up neutering adult interest in comics and stereotyping the medium as one only kids would enjoy.

Lee scripted banal scenarios with characters like Nellie the Nurse and Tessie the Typist, but in 1971, he inserted an anti-drug storyline into "The Amazing Spider-Man” in which Peter Parker's best friend Harry Osborn popped pills. Those issues, which did not carry the CCA "seal of approval" on the covers, became extremely popular, and later, the organization relaxed some of its guidelines.

Born Stanley Martin Lieber on Dec. 28, 1922, he grew up poor in Washington Heights, where his father, a Romanian immigrant, was a dress-cutter. A lover of adventure books and Errol Flynn movies, he graduated from DeWitt Clinton High School, joined the WPA Federal Theatre Project, where he appeared in a few stage shows, and wrote obituaries.

In 1939, Lee got a job as a gofer for $8 a week at Marvel predecessor Timely Comics. Two years later, for Kirby and Joe Simon's "Captain America #3," he wrote a two-page story titled "The Traitor's Revenge!" that was used as text filler to qualify the company for the inexpensive magazine mailing rate. He used the pen name Stan Lee.

He was named interim editor at 19 by publisher Martin Goodman when the previous editor quit. In 1942, he enlisted in the Army and served in the Signal Corps, where he wrote manuals and training films with a group that included Frank Capra, William Saroyan and Theodor Geisel. After the war, he returned to the publisher and was the editor for decades.

Following DC Comics' lead with the Justice League, Lee and Kirby in November 1961 launched their own superhero series, The Fantastic Four, for the newly renamed Marvel Comics, and Hulk, Spider-Man, Doctor Strange, Daredevil and X-Men soon followed. The Avengers launched as its own title in September 1963.

Perhaps not surprisingly, Manhattan's high-literary culture vultures did not cast its approval on how Lee was making a living. People would “avoid me like I had the plague … today, it's so different,” he once told The Washington Post.

Not everyone felt the same way, though. Lee recalled once being visiting in his New York office by Federico Fellini, who wanted to talk about nothing but Spider-Man.

In 1972, Lee was named publisher and relinquished the Marvel editorial reins to spend all his time promoting the company. He moved to Los Angeles in 1980 to set up an animation studio and to build relationships in Hollywood. Lee purchased a home overlooking the Sunset Strip that was once owned by Jack Benny's announcer, Don Wilson.

Long before his Marvel characters made it to the movies, they appeared on television. An animated Spider-Man show (with a memorable theme song composed by Oscar winner Paul Francis Webster of "The Shadow of Your Smile" fame and Bob Harris) ran on ABC from 1967–70. Bill Bixby played Dr. David Banner, who turns into a green monster (Lou Ferrigno) when he gets agitated, in the 1977-82 CBS drama The Incredible Hulk. And Pamela Anderson provided the voice of Stripperella, a risque animated Spike TV series that Lee wrote for in 2003-04.

Lee launched the Internet-based Stan Lee Media in 1998, and the superhero creation, production and marketing studio went public a year later. However, when investigators uncovered illegal stock manipulation by his partners, the company filed for Chapter 11 bankruptcy protection in 2001. (Lee was never charged.)

In 2002, Lee published an autobiography, Excelsior! The Amazing Life of Stan Lee.

Survivors include a daughter J.C. and younger brother Larry Lieber, a writer and artist for Marvel. Another daughter, Jan, died in infancy. His wife Joan was a hat model whom he married in 1947.

Like Alfred Hitchcock before him, the never-bashful Lee appeared in cameos in the Marvel movies, shown avoiding falling concrete, watering his lawn, delivering the mail, crashing a wedding, playing a security guard, etc.

In Spider-Man 3 (2007), he chats with Tobey Maguire's Peter Parker as they stop on a Times Square street to read news that the webslinger will soon receive the key to the city. “You know," he says, "I guess one person can make a difference … 'nuff said.”
Clique para ampliar... 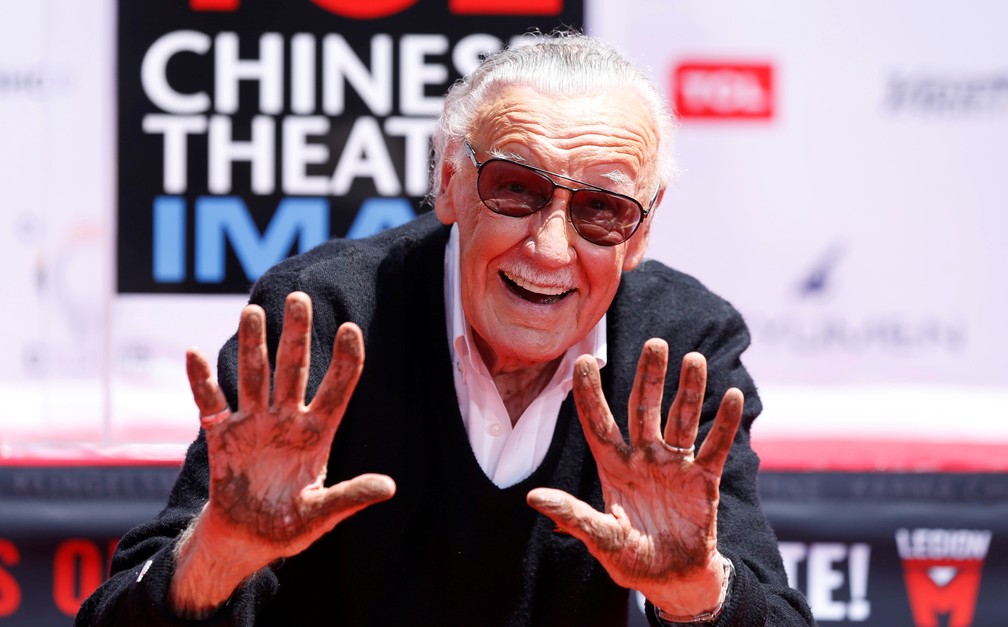 Lee had suffered several illnesses over the last year or so -- he had a bout of pneumonia and vision issues. 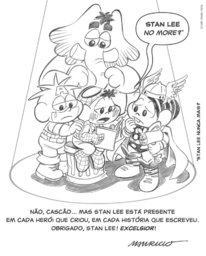 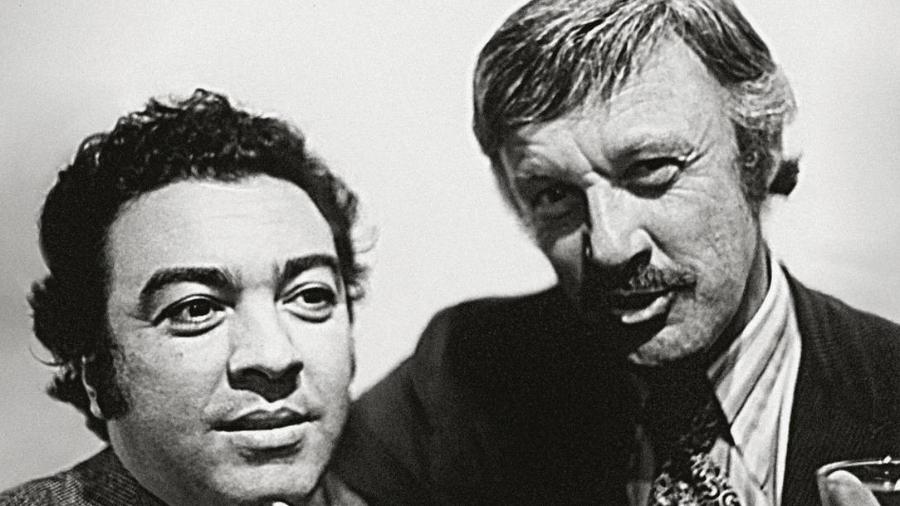 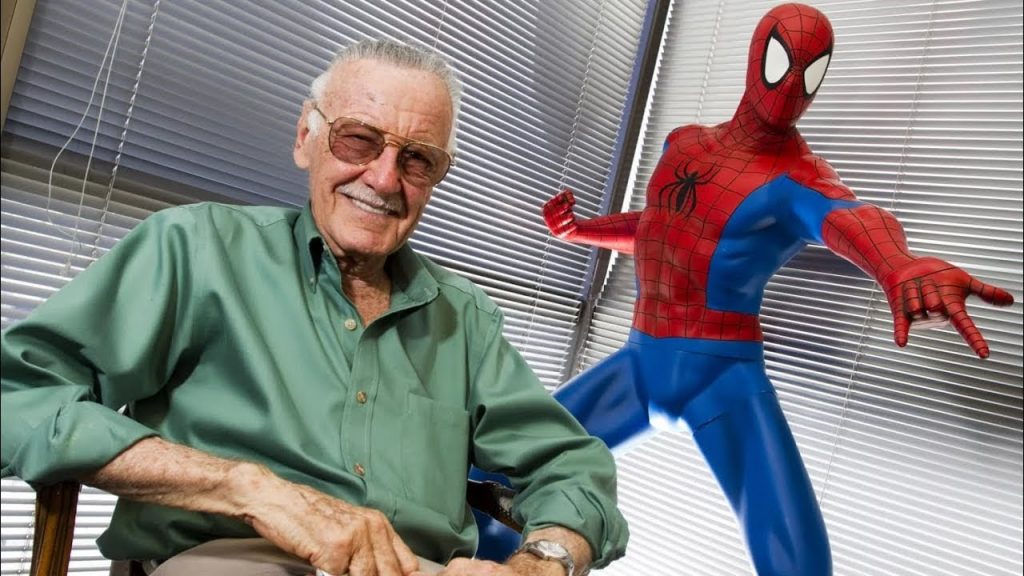 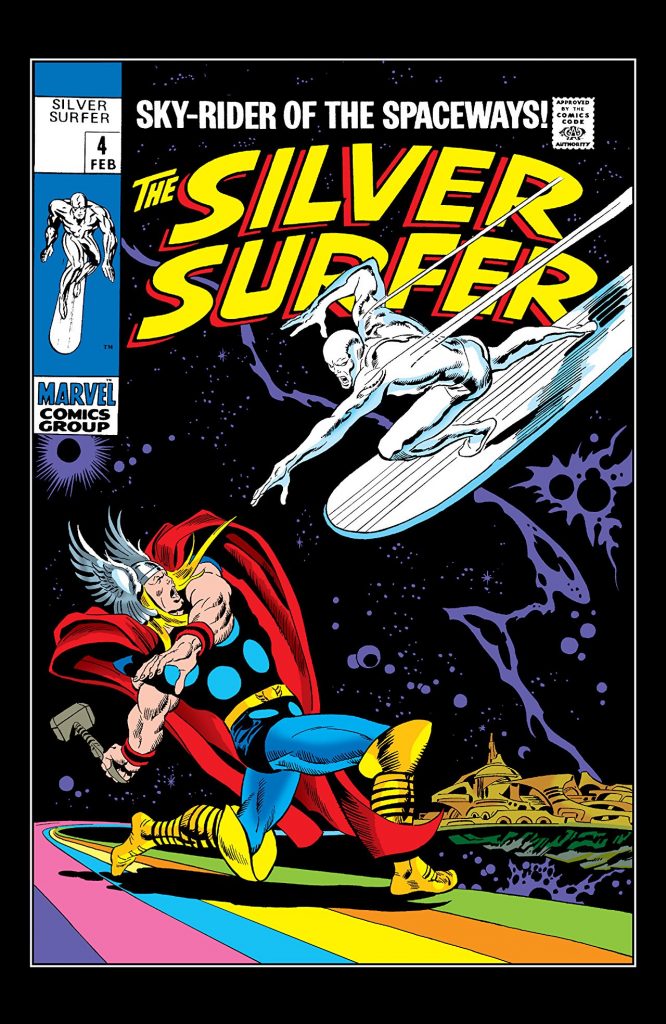 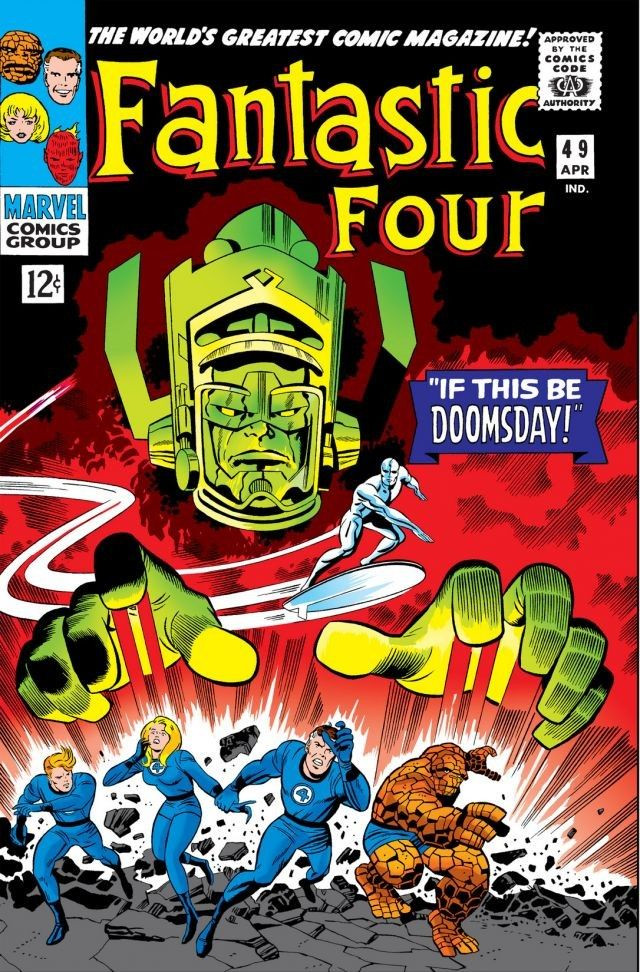 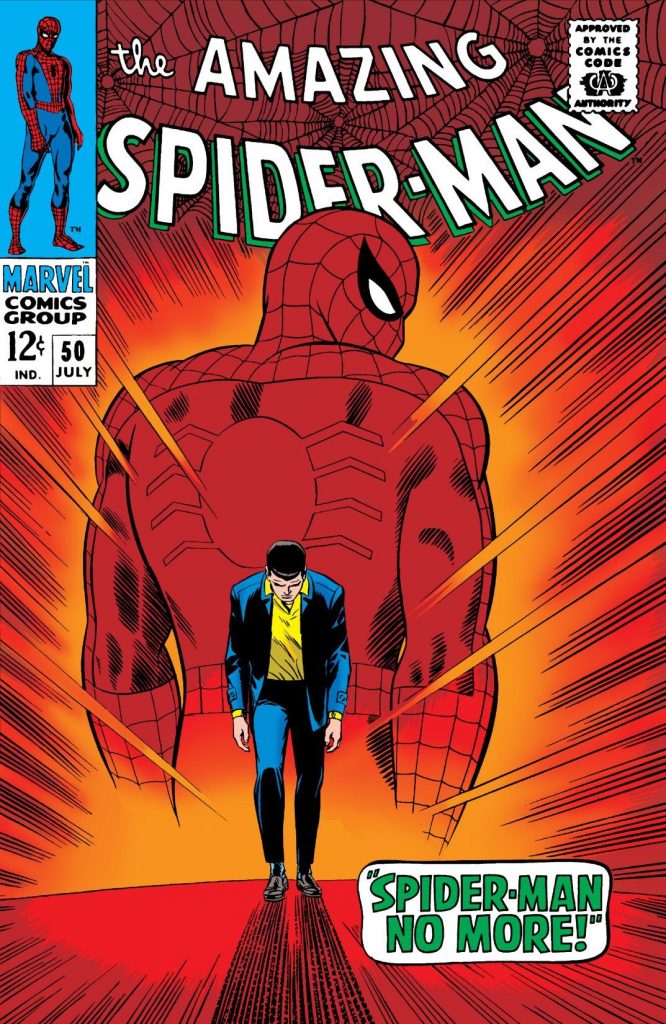 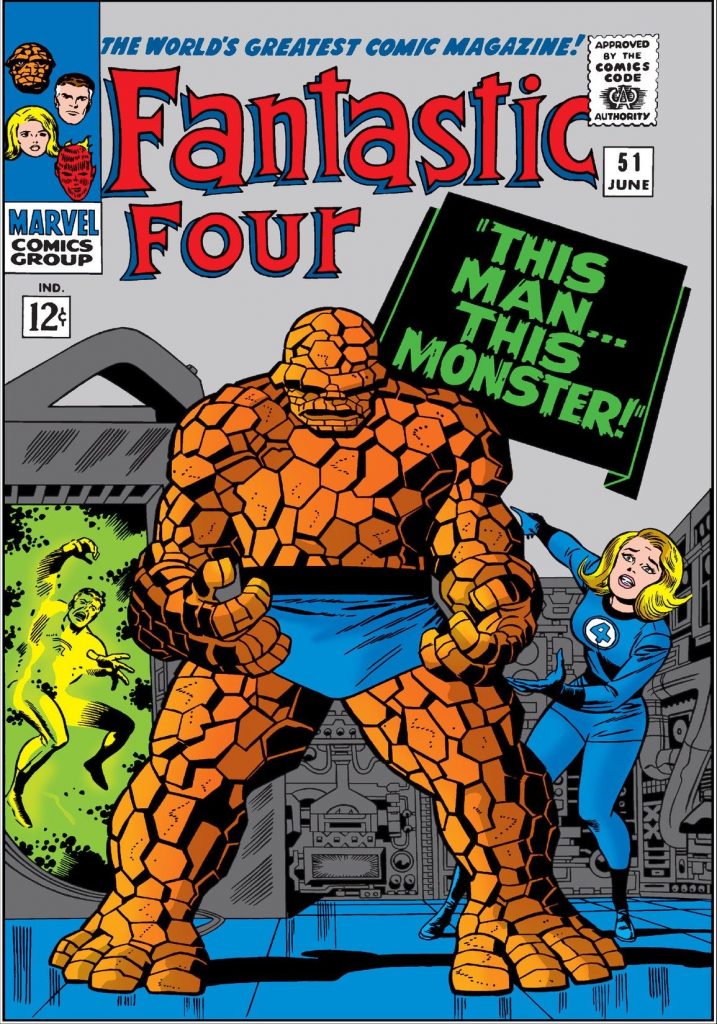 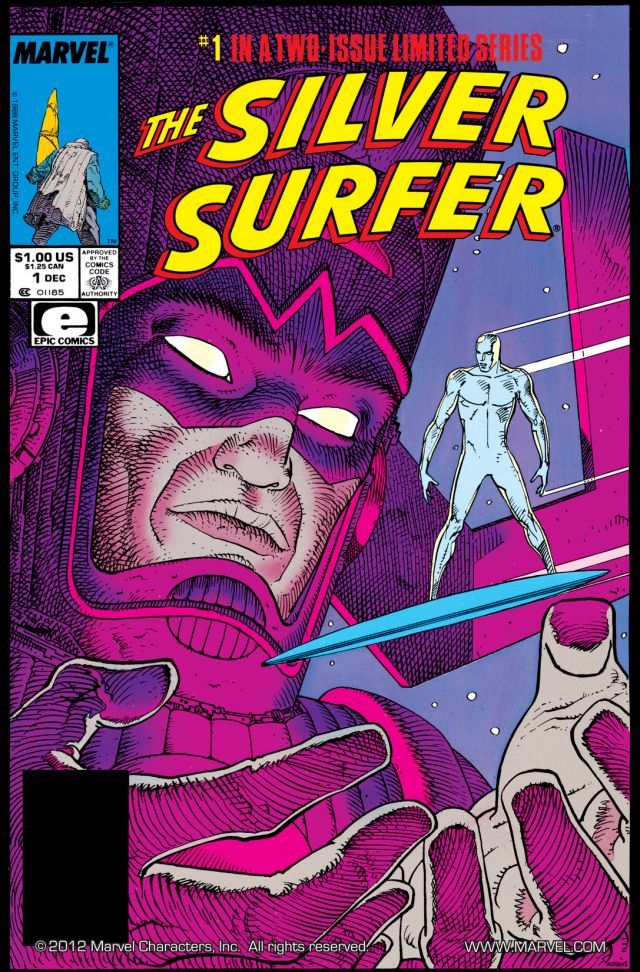 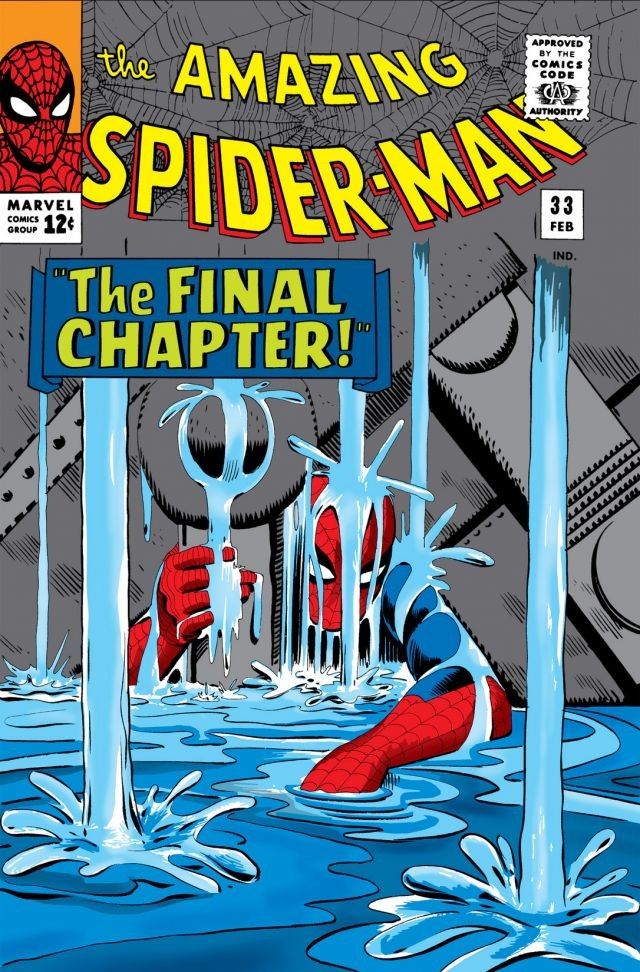 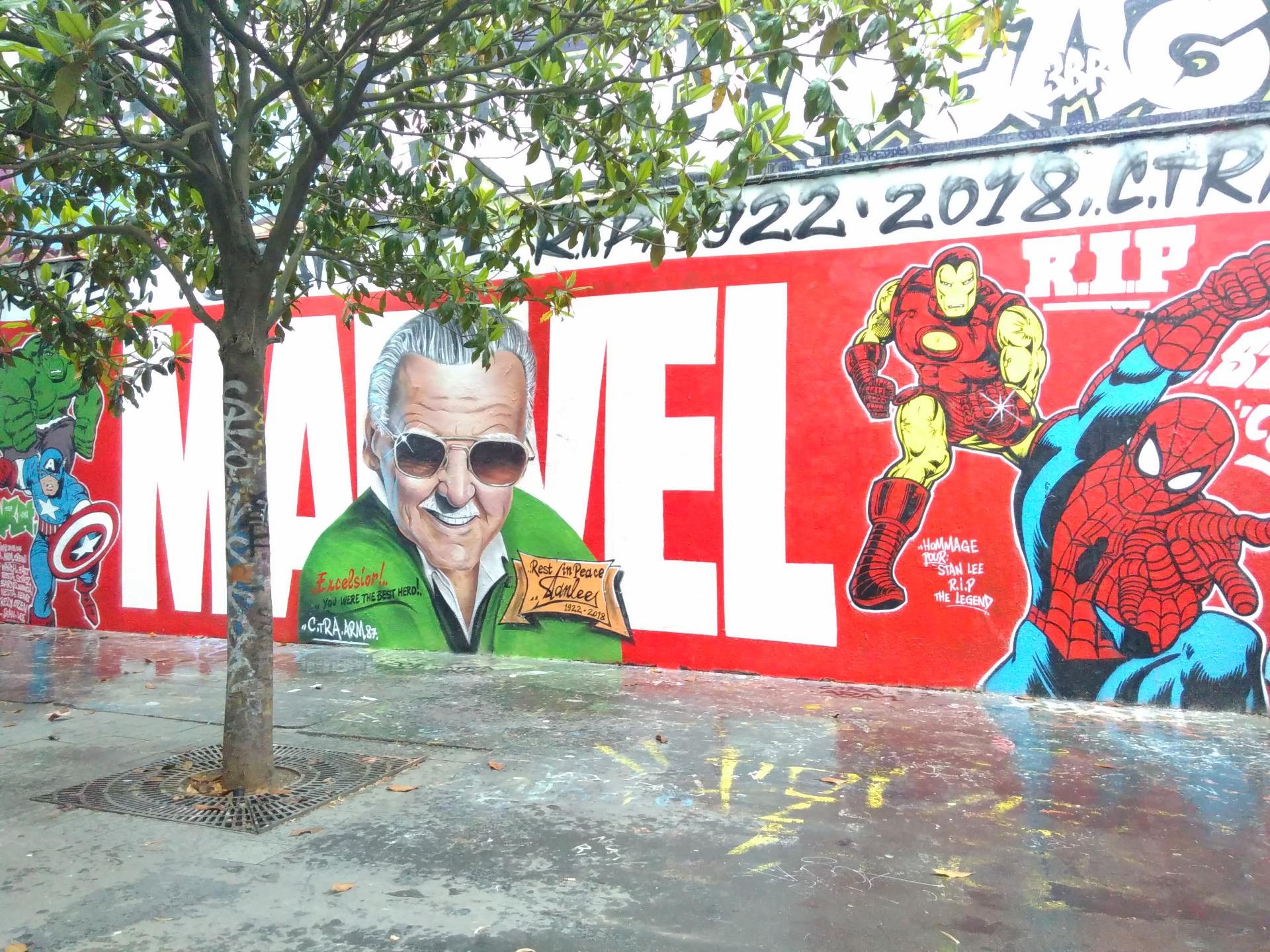