The Supreme Dark Lord of Wisdom

The Supreme Dark Lord of Wisdom 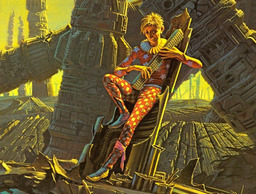 You can control the actions of any humanoid creature through a telepathic link that you establish with the subject’s mind.


If you and the subject have a common language, you can generally force the subject to perform as you desire, within the limits of its abilities. If no common language exists, you can communicate only basic commands, such as “Come here,” “Go there,” “Fight,” and “Stand still.” You know what the subject is experiencing, but you do not receive direct sensory input from it, nor can it communicate with you telepathically.


Once you have given a dominated creature a command, it continues to attempt to carry out that command to the exclusion of all other activities except those necessary for day-to-day survival (such as sleeping, eating, and so forth). Because of this limited range of activity, a Sense Motive check against DC 15 (rather than DC 25) can determine that the subject’s behavior is being influenced by an enchantment effect (see the Sense Motive skill description).


Changing your instructions or giving a dominated creature a new command is the equivalent of redirecting a spell, so it is a move action.


By concentrating fully on the spell (a standard action), you can receive full sensory input as interpreted by the mind of the subject, though it still can’t communicate with you. You can’t actually see through the subject’s eyes, so it’s not as good as being there yourself, but you still get a good idea of what’s going on.


Subjects resist this control, and any subject forced to take actions against its nature receives a new saving throw with a +2 bonus. Obviously self-destructive orders are not carried out. Once control is established, the range at which it can be exercised is unlimited, as long as you and the subject are on the same plane. You need not see the subject to control it.


If you don’t spend at least 1 round concentrating on the spell each day, the subject receives a new saving throw to throw off the domination.


Protection from evilor a similar spell can prevent you from exercising control or using the telepathic link while the subject is so warded, but such an effect neither prevents the establishment of domination nor dispels it.
Clique para ampliar...

You influence the actions of the target creature(s) by suggesting a course of activity (limited to a sentence or two). The suggestion must be worded in such a manner as to make the activity sound reasonable. Asking the creature to do some obviously harmful act automatically negates the effect of the spell. The same suggestion applies to all these creatures.


A very reasonable suggestion causes the save to be made with a penalty (such as –1 or –2).


Material Component: A snake’s tongue and either a bit of honeycomb or a drop of sweet oil.
Clique para ampliar... 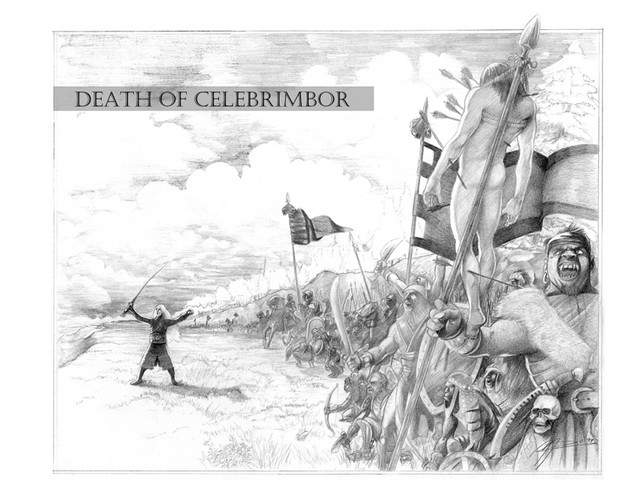 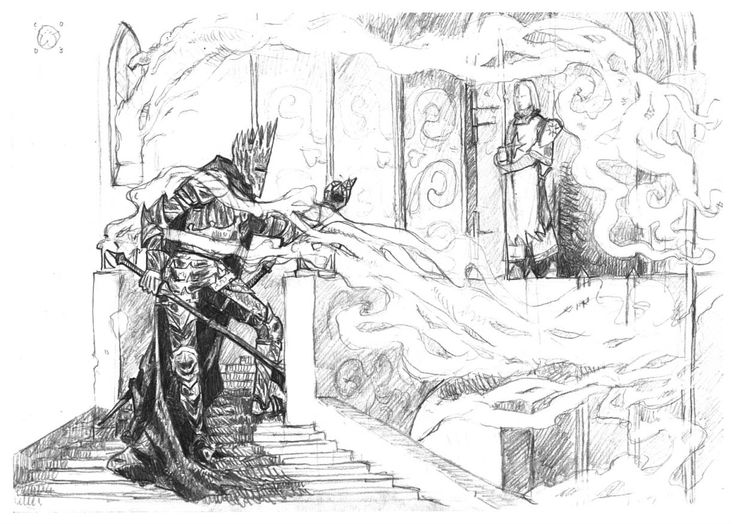 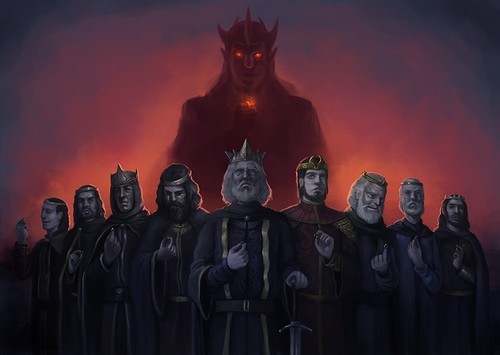 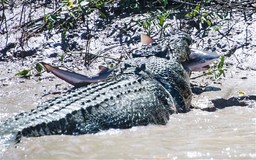 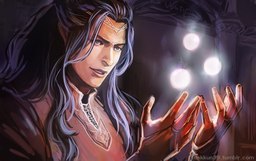 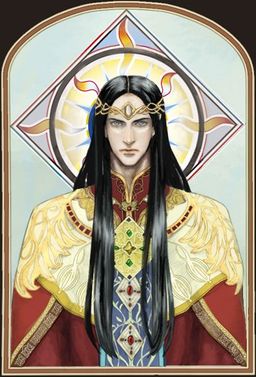 ‘Ah, alas!’ cried Gloin. ‘When will the day come of our
revenge? But still there are the Three. What of the Three
Rings of the Elves? Very mighty Rings, it is said. Do not the
Elf-lords keep them? Yet they too were made by the Dark
Lord long ago. Are they idle? I see Elf-lords here. Will they
not say?’
The Elves returned no answer. ‘Did you not hear me,
Gloin?’ said Elrond. ‘The Three were not made by Sauron,
nor did he ever touch them. But of them it is not permitted
to speak. So much only in this hour of doubt I may now say.
They are not idle. But they were not made as weapons of
war or conquest: that is not their power. Those who made
them did not desire strength or domination or hoarded
wealth, but understanding, making, and healing, to preserve
all things unstained. These things the Elves of Middle-earth
have in some measure gained, though with sorrow. But all
that has been wrought by those who wield the Three will turn
to their undoing, and their minds and hearts will become
revealed to Sauron, if he regains the One. It would be better
if the Three had never been. That is his purpose.’
Clique para ampliar...