As schedule margins grew tighter last fall, the agency planned to assess the progress of the project in April. This assessment was postponed due to the pandemic and was completed this week. The factors contributing to the decision to move the launch date include the impacts of augmented safety precautions, reduced on-site personnel, disruption to shift work, and other technical challenges. Webb will use existing program funding to stay within its $8.8 billion development cost cap.

“Based on current projections, the program expects to complete the remaining work within the new schedule without requiring additional funds,” said Gregory Robinson, NASA Webb program director at the agency’s headquarters. “Although efficiency has been affected and there are challenges ahead, we have retired significant risk through the achievements and good schedule performance over the past year. After resuming full operations to prepare for upcoming final observatory system-level environmental testing this summer, major progress continues towards preparing this highly complex observatory for launch.”
Clique para ampliar... 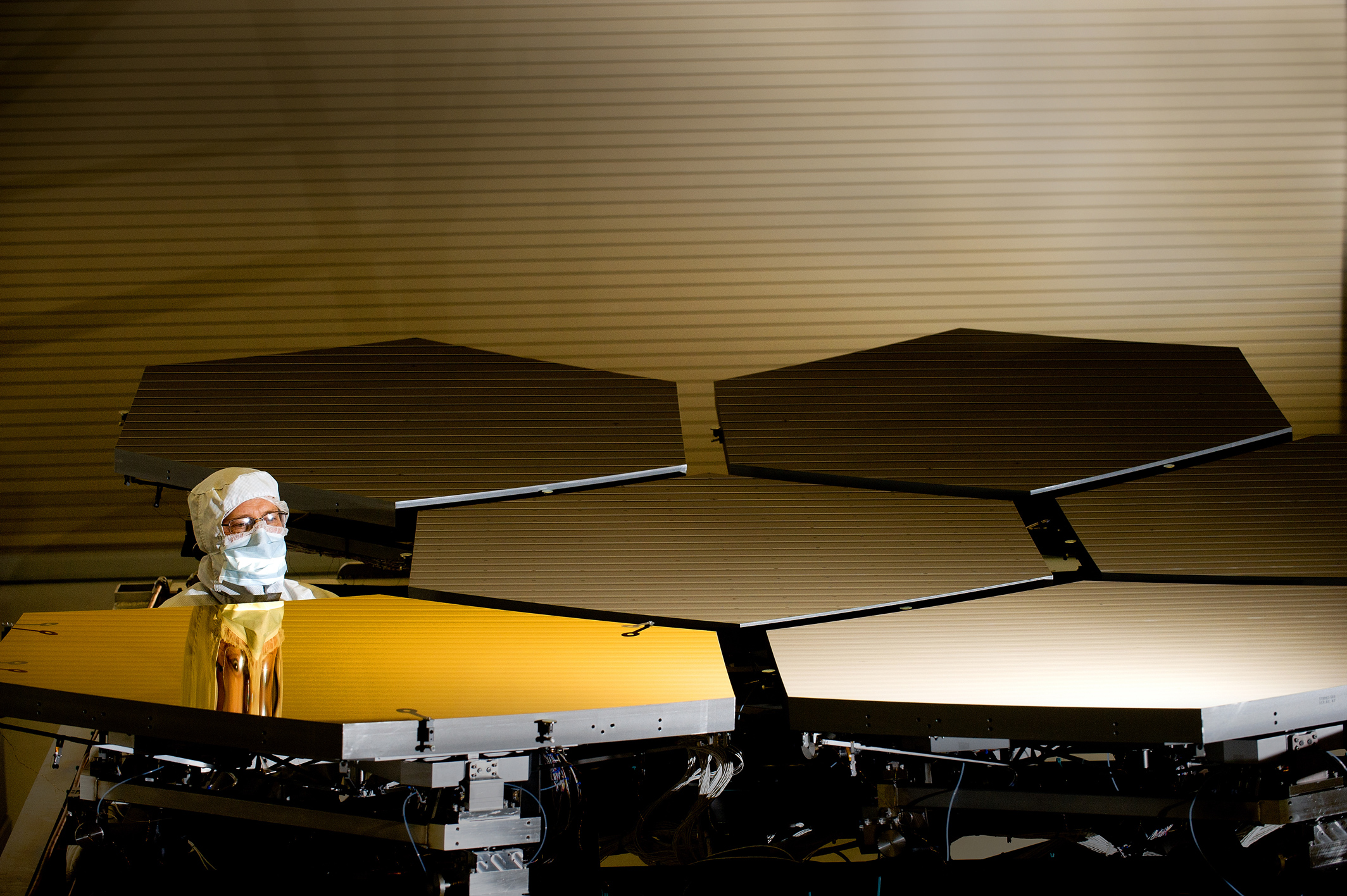 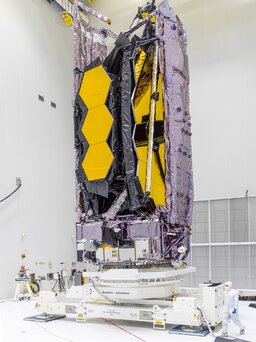 
The launch readiness date for the James Webb Space Telescope is moving to no earlier than Dec. 22 to allow for additional testing of the observatory, following a recent incident that occurred during Webb’s launch preparations.

The incident occurred during operations at the satellite preparation facility in Kourou, French Guiana, performed under Arianespace overall responsibility. Technicians were preparing to attach Webb to the launch vehicle adapter, which is used to integrate the observatory with the upper stage of the Ariane 5 rocket. A sudden, unplanned release of a clamp band – which secures Webb to the launch vehicle adapter – caused a vibration throughout the observatory.

A NASA-led anomaly review board was immediately convened to investigate and instituted additional testing to determine with certainty the incident did not damage any components. NASA and its mission partners will provide an update when the testing is completed at the end of this week.

Webb was previously scheduled to launch Dec. 18 on an Arianespace Ariane 5 rocket from Kourou.

The Webb Space Telescope is an international partnership with the European and Canadian space agencies. It will explore every phase of cosmic history – from within our solar system to the most distant observable galaxies in the early universe, and everything in between. Webb will reveal new and unexpected discoveries, and help humanity understand the origins of the universe and our place in it.
Clique para ampliar... 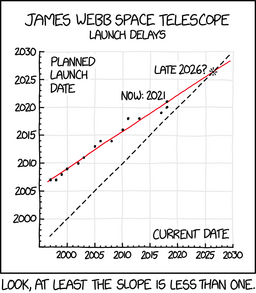 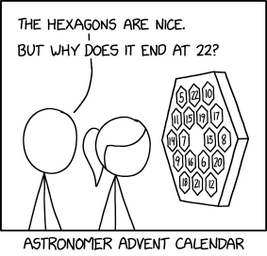 Title text: Each one contains a chocolate shaped like a famous spacecraft and, for the later numbers, a pamphlet on managing anxiety. 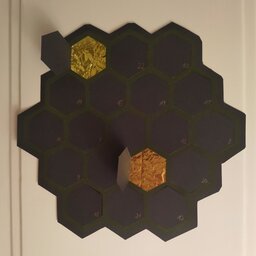