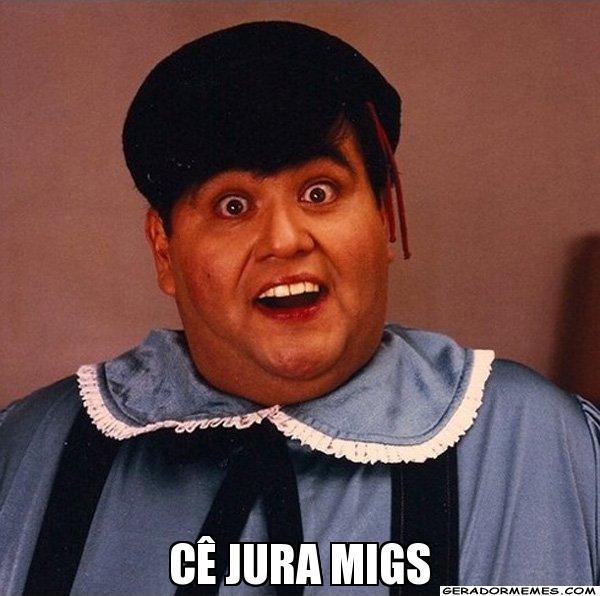 I've held off on writing about soccer for a decade -- or about the length of the average soccer game -- so as not to offend anyone. But enough is enough. Any growing interest in soccer can only be a sign of the nation's moral decay.


(1) Individual achievement is not a big factor in soccer. In a real sport, players fumble passes, throw bricks and drop fly balls -- all in front of a crowd. When baseball players strike out, they're standing alone at the plate. But there's also individual glory in home runs, touchdowns and slam-dunks.


In soccer, the blame is dispersed and almost no one scores anyway. There are no heroes, no losers, no accountability, and no child's fragile self-esteem is bruised. There's a reason perpetually alarmed women are called "soccer moms," not "football moms."


Do they even have MVPs in soccer? Everyone just runs up and down the field and, every once in a while, a ball accidentally goes in. That's when we're supposed to go wild. I'm already asleep.


(2) Liberal moms like soccer because it's a sport in which athletic talent finds so little expression that girls can play with boys. No serious sport is co-ed, even at the kindergarten level.


(3) No other "sport" ends in as many scoreless ties as soccer. This was an actual marquee sign by the freeway in Long Beach, California, about a World Cup game last week: "2nd period, 11 minutes left, score: 0:0." Two hours later, another World Cup game was on the same screen: "1st period, 8 minutes left, score: 0:0." If Michael Jackson had treated his chronic insomnia with a tape of Argentina vs. Brazil instead of Propofol, he'd still be alive, although bored.


Even in football, by which I mean football, there are very few scoreless ties -- and it's a lot harder to score when a half-dozen 300-pound bruisers are trying to crush you.


(4) The prospect of either personal humiliation or major injury is required to count as a sport. Most sports are sublimated warfare. As Lady Thatcher reportedly said after Germany had beaten England in some major soccer game: Don't worry. After all, twice in this century we beat them at their national game.

Baseball and basketball present a constant threat of personal disgrace. In hockey, there are three or four fights a game -- and it's not a stroll on beach to be on ice with a puck flying around at 100 miles per hour. After a football game, ambulances carry off the wounded. After a soccer game, every player gets a ribbon and a juice box.


(5) You can't use your hands in soccer. (Thus eliminating the danger of having to catch a fly ball.) What sets man apart from the lesser beasts, besides a soul, is that we have opposable thumbs. Our hands can hold things. Here's a great idea: Let's create a game where you're not allowed to use them!


(6) I resent the force-fed aspect of soccer. The same people trying to push soccer on Americans are the ones demanding that we love HBO's "Girls," light-rail, Beyonce and Hillary Clinton. The number of New York Times articles claiming soccer is "catching on" is exceeded only by the ones pretending women's basketball is fascinating.


I note that we don't have to be endlessly told how exciting football is.


(7) It's foreign. In fact, that's the precise reason the Times is constantly hectoring Americans to love soccer. One group of sports fans with whom soccer is not "catching on" at all, is African-Americans. They remain distinctly unimpressed by the fact that the French like it.


(8) Soccer is like the metric system, which liberals also adore because it's European. Naturally, the metric system emerged from the French Revolution, during the brief intervals when they weren't committing mass murder by guillotine.


Despite being subjected to Chinese-style brainwashing in the public schools to use centimeters and Celsius, ask any American for the temperature, and he'll say something like "70 degrees." Ask how far Boston is from New York City, he'll say it's about 200 miles.


Liberals get angry and tell us that the metric system is more "rational" than the measurements everyone understands. This is ridiculous. An inch is the width of a man's thumb, a foot the length of his foot, a yard the length of his belt. That's easy to visualize. How do you visualize 147.2 centimeters?


(9) Soccer is not "catching on." Headlines this week proclaimed "Record U.S. ratings for World Cup," and we had to hear -- again -- about the "growing popularity of soccer in the United States."


The USA-Portugal game was the blockbuster match, garnering 18.2 million viewers on ESPN. This beat the second-most watched soccer game ever: The 1999 Women's World Cup final (USA vs. China) on ABC. (In soccer, the women's games are as thrilling as the men's.)


Remember when the media tried to foist British soccer star David Beckham and his permanently camera-ready wife on us a few years ago? Their arrival in America was heralded with 24-7 news coverage. That lasted about two days. Ratings tanked. No one cared.


If more "Americans" are watching soccer today, it's only because of the demographic switch effected by Teddy Kennedy's 1965 immigration law. I promise you: No American whose great-grandfather was born here is watching soccer. One can only hope that, in addition to learning English, these new Americans will drop their soccer fetish with time.
Clique para ampliar... 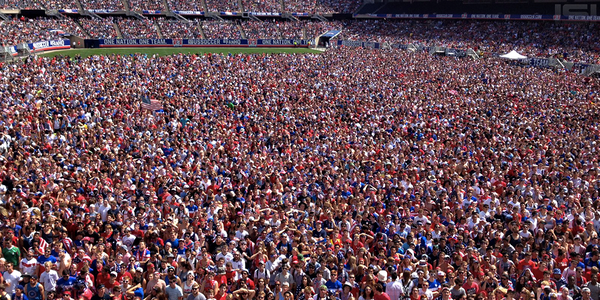